Microservices and DevOps: Get the Best of Both Worlds In the world of enterprise IT, there has been a lot of buzz around two important trends – DevOps and microservices. Microservices are an architectural style that structures an application as a collection of highly maintainable, loosely coupled, and independently deployable services. Therefore, microservices foster rapid, frequent, and reliable delivery of complex applications, as opposed to a monolithic architecture. These inherent capabilities of microservices help your team accomplish their DevOps goals much faster than before. In this blog, we discuss the significance of combining microservices and DevOps to modernize IT in your organization.

Significance of combining microservices and DevOps

Microservices segment a complex, overarching application into separately deployable and decomposed services that perform specific business functions. These services communicate with each other through RESTful APIs. This inherent modularity of microservices accelerates the software delivery process significantly, which is one of the primary goals of DevOps. Essentially, microservice architecture is a natural progression of DevOps. When combined, DevOps and microservices bring some significant benefits to your organization:

Every microservice runs autonomously with its own database. Therefore, the teams do not have to wait until the entire application is ready to be deployed. Each team can stick to their own deployment schedule to increase the overall pace of application delivery. In a nutshell, microservices offer increased agility that speeds up the delivery pipeline with the help of shorter build, test, and deployment cycles.

The modular approach of a microservice architecture delineates not only the functions of the services but also the errors associated with them. Simply put, microservices remove single points of failure by ensuring that the issues in one service do not impact the other parts of the application. On the contrary, in monolithic applications, a small issue can crash the entire system due to tightly-coupled components and services. The microservice architecture also enables the team to extend the functionality of a particular service with minimal downtime. This ensures high availability of the system.

Microservices allow you to loosen individual functions from an application to reuse the code for a different application because of its loosely-coupled architecture. Furthermore, individual microservices can be scaled independently using containers such as Docker or Kubernetes to manage erratic workloads without impacting the other services. This characteristic makes microservices a great match for the elasticity of the cloud.

The core tenet behind microservices is fragmenting large, complex applications into small, independent services. Since each service is allocated to a dedicated team, it helps the team focus on a single entity, ensuring high productivity. Additionally, it gives teams the required freedom to choose the right technologies, tools, and processes for the service they are responsible for. This empowers the team to work autonomously.

Better focus and well-defined goals help teams produce quality pieces of code with increased precision in a much shorter time. The combination of DevOps and microservices enables end-to-end automation of the testing and delivery processes. This, in turn, facilitates quick identification and resolution of issues in a particular service, while keeping the rest of the application operational.

DevOps initiatives focus primarily on frequent, incremental releases that align with the core principle of DevOps, “Implement, Measure and Improve”. The modularity of microservices comes in handy since it facilitates each service to be developed, tested, modified, and deployed independently. This, in turn, helps the team get rid of external dependencies ensuring quick, frequent, and incremental releases.

Companies like Netflix, Amazon, and Apple have demonstrated how a combination of DevOps and microservices can significantly improve the organization’s development and IT operations processes. Let’s take Amazon for instance.

When Amazon came into existence, it followed a monolithic architecture, where its components were tightly-coupled. Having hundreds of deployers spread across the organization, Amazon could not deploy as frequently as they intended to. All major code changes were stuck in the pipeline for weeks or months.

To identify the bottlenecks, Amazon broke down its applications into services, with a small team dedicated to each service. This clean-up of the system paved the way for the evolution of one of the remarkable improvements in Amazon’s architecture, the usage of microservices. As a result, microservices accelerated the speed of application delivery and increased the frequency of deployment that helped Amazon improve their DevOps process.

While DevOps improves the development and IT operations culture, microservices help you build, release, and maintain applications faster and easier.

To conclude, a microservice is more than just an architectural design. It essentially represents a paradigm shift. According to analysts, the DevOps & Microservice ecosystem market will grow globally at a robust CAGR 16% between 2019 and 2024, reaching $10 billion by 2023. Companies that leverage a combination of DevOps and microservice architecture innovate faster and therefore have a competitive advantage.

The inability to consider merging DevOps and microservices may make you stay far behind your competitors. However, it is also important to understand the specific challenges involved in leveraging microservices so you can come up with a more effective strategy of incorporating them into your IT architecture.

To delve deeper into the fundamental principles and strategies for getting started with microservices, you can read our eBook. 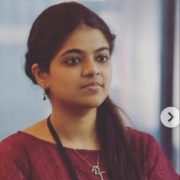 Content Specialist at Go2Group, responsible for delivering insightful, valuable and relevant content assets that address the needs, pain points and questions of the audience. I strongly believe that any piece of content has to help the readers find a solution to their problems rather than merely selling a product or a service.